The Sun Gets In Your Eyes

Using the fab site Sky View Cafe, I plotted the path of the sun in the two cities I’ve spent the most time in this year.

It was bugging me the way the evening sun would get in your eyes in Toronto – something that rarely happens in Singapore.

As shown below, part of the reason is that the sun spends longer low on the horizon. Another reason is that in North America, most people tend to live in the west of cities (due to another natural phenomenon – prevailing winds usually head east). This means that in the morning you head into town with the sun in your eyes and have the same problem coming home.

But probably the biggest difference between the two cities is that Singapore is very built up and has a lot of foliage so it is rare you find yourself on an exposed highway heading west at 6:30pm with a clear view of the sunset. 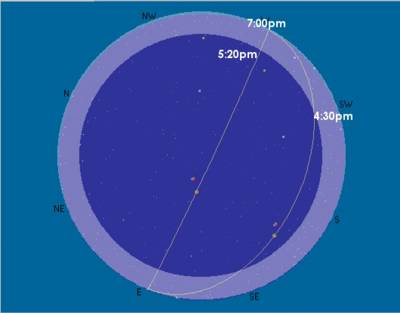 The path of the sun across the sky in Singapore and in Toronto. 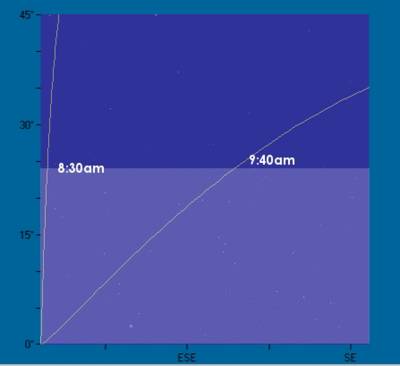 The path of the morning sun in Singapore and Toronto

The pale blue area represents my estimate of where in the sky the sun gets in your eyes (below 24 degrees). The paths were plotted for September 26th 2004.